Into this world of predictability and clear-cut rules bursts the music of the Bohemian composer Jan Dismas Zelenka... (Uwe Schweikert)

Jan Dismas Zelenka was born and baptized on 16 October 1679 in Bohemia, now part of the Czech Republic, in the village of Lounovice pod Blanikem (Lounovice at the foot of Blanik). Lounovice is some 80 kilometres south-east of Prague. 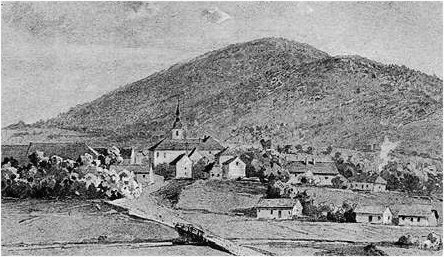 Lounovice in the 1700s, with the Blanik mountain in the background. Note the spire of the church, which can still be seen in the modern-day image below.

For interested readers, an 8-minute feature clip on Lounovice pod Blanikem, courtesy of Radio Prague, is available for download and listening. The clip requires RealPlayer.

Zelenka's father was called Jirik and his mother's maiden name was Maria Magdalena Hajek. J.D. Zelenka was the eldest of 8 siblings. He had 5 sisters and 2 brothers. His father was the local teacher, which meant that he was also organist in the village church. 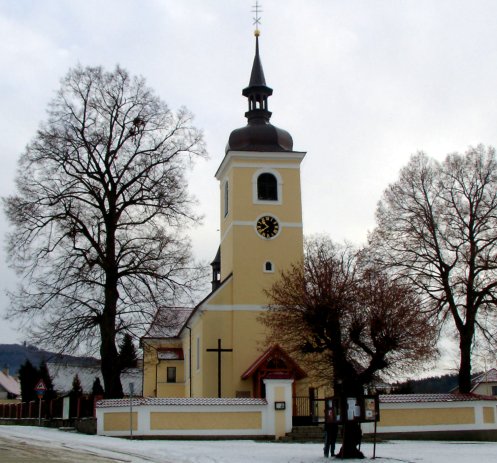 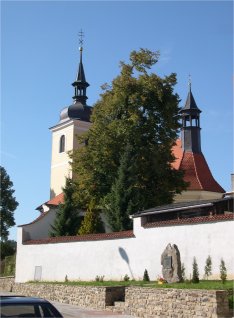 J.D. Zelenka was baptized Jan Lukas. His later adoption of the name Dismas (already documented in 1704) instead of Lukas must have been a result of his strong affinity for the story of the Crucifixion, as according to the Gospel of Nicodemus (fourth century), the name Dismas belonged to one of the 2 robbers who were crucified along with Jesus – the so-called good thief who was repentant (see the Gospel of Luke 23:39-43). 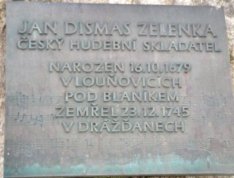 The metal plaque showing the dates and places of Zelenka's birth and death.

Like the father, Jan Kilian Zelenka became an organist at the church in Lounovice, at least intermittently, during the early 1700s. It is not known whether he also became a composer, but the name Zelenka appears on copies of works in the Czech Republic that do not bear the hallmarks of J.D. Zelenka's style. Even less is known about Matej Zelenka. 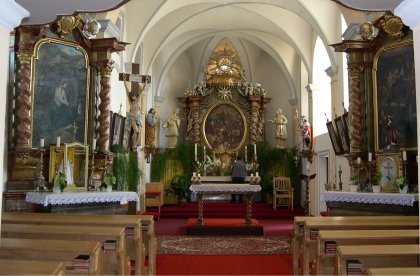 Interior of Lounovice church, which was recently renovated. The little baroque organ on which members of the Zelenka family must have played has been restored.