The uniqueness of Zelenka's music means that it will live on as long as there are people in this world who take pleasure in the quest for the unheard and the unheard-of. (Wolfgang Horn)

The first-ever German recording of Zelenka's religious music, on the Carus label. The master tape was analogue and modern instruments were used. This recording was only issued in LP form (cat. no. FSM 63 108). 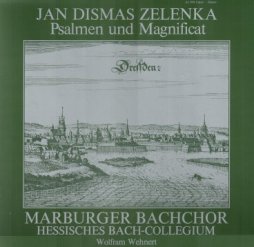 First Recording of a Zelenka Mass (1981)

The first-ever recording of a Zelenka mass, on the Carus label. The master tape was analogue and modern instruments were used. This recording was only issued in LP form (cat. no. 53.126/7).

The fact that Carus-Verlag has since issued another version by Frieder Bernius on period instruments probably means that the first recording will never be re-released. Very collectable, not only for vinyl freaks! 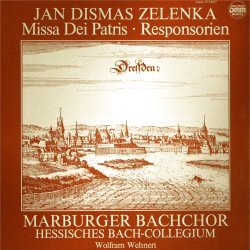 Second Recording of a Zelenka Mass (1982)

The second-ever recording of a Zelenka mass, on the Swiss Pan label (cat. no. 10013). The master tape was analogue and modern instruments were used. 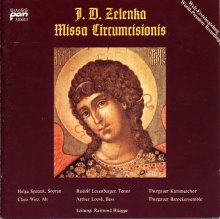 This recording from June 1981 was an early encounter between Paul Dombrecht and Zelenka's music. Among other Zelenka works, he later recorded De Profundis with Il Fondamento. 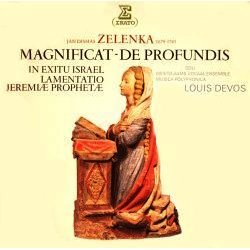 An American recording well ahead of its time (1960s)

Even before the recordings of Heinz Holliger and friends of Zelenka's trio sonatas and orchestral music in the 1970s, Newell Jenkins and his orchestra had introduced the American record-buying public to 2 orchestral pieces (ZWV 184 and ZWV 189) on this surprisingly well-played and superb-sounding Decca LP (stereo cat. no. DL 710141), Music for the Saxon Court. This man was a graduate from Yale Music School who had previously studied in Germany. Apart from touring Europe for several years with his own chamber orchestra, he was - not surprisingly - a musicologist. Sadly and ironically, this is one of the very few Zelenka recordings to be produced in the US. Well worth seeking out! 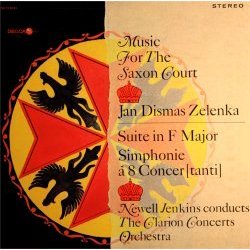 The first Czech recording of a Zelenka piece? (Early 1960s)

This LP from France on the A. Charlin label was issued with two different covers, the one shown here and one in black and gold (both with cat. no. CL 43). It was recorded in stereo in the Rudolfinum in Prague. Vaclav Smetacek was a very early proponent of Zelenka's music. A very refreshing interpretation, and perhaps not as dated as one might expect! 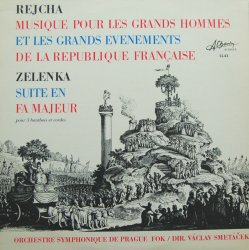